I normally write my blog posts on Sundays because I like them to go out early on Monday mornings. I was all discombobulated yesterday, so I didn’t. And then this morning, I woke up at 3.30am, got up at 4.30, and basically my morning has been on a downhill trajectory ever since.

So, I’m just going to randomly talk about some stuff, and see how I get on.

I’ve been having some weird dreams recently – they’re bright and vivid, and remain so until I want to recall them, then they vanish…

Lucky for you, I remember last night’s dream. I was on a two-week holiday in London with a young girl who was my ‘daughter’, but was actually the five-year-old character from the book I was reading yesterday. Anyway, I had all these plans, but she just wanted to sit in the hotel room. And then I found a pastel-coloured tarantula which needed to be removed, and he really didn’t want to be!

And then I woke up. Early. In the middle of the night, early. But you know this bit – that’s where you came in.

Dreams are handy things. They help you solve problems, consolidate the things you’ve learnt that day, or clear out unimportant memories. Some people think they can predict the future, but although I wouldn’t go that far, I do have an interest in analysing people’s dreams.

I’m not so good at analysing my own. I dreamt about the girl because she was such a rounded character in the book (well done to that author!), but I have no idea what a mutely-coloured spider could possibly mean. I woke up before I freed him, so maybe I have an unresolved issue I need to think about…?

Do you remember your dreams? Do you use them to figure out problems? Do you have a favourite song about dreams?

Thanks for reading. I'd love to know what you think. Cancel reply

This site uses Akismet to reduce spam. Learn how your comment data is processed. 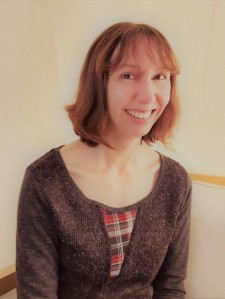