Welcome to another interview with one of the authors featured in the Where Words Fail Music Speaks anthology.

You can find the anthology on Amazon, on Kindle and in paperback.

I hope you’re enjoying the series so far. I’m meeting lots of new writers, which is really cool.

I’m too close to 40, I live in Birmingham (UK) with my partner of 16 years (get less for murder these days), 2 kids, 1 mad dog, and 2 chinchillas. I’m not working (other than writing) at the moment as my youngest is still in Primary school, but that may change when he starts Secondary – unless I sell the movie rights to one of my books hahaha.

My friend’s teenage son suffers with Cluster Migraines and I know how much he suffers with them. I suffer with migraine’s and can’t imagine anything worse, and hoped my short helps even just a little bit. I also used it as an excuse to push me out of my writing comfort zone.

I’d originally picked a different song. The story was similar, but I didn’t ‘feel’ it. Then, I heard taunts of ‘there she goes’ and the song and story idea were just chosen for me.

As mentioned above, I’d started the prologue, but once the first chapter was almost finished, it didn’t feel right, so I put it to one side for a few days. Eventually, the darker side of my story began to develop in my mind, and I just went with it. Not long after I finished it, I watched 13 reasons Why, and with all the discussion about the show, I’m glad I chose the direction I did, even if I don’t deal with suicide, the bullying is still the main thread of the plot. Due to word count limits, I’ve had to end on a slight cliffhanger, but I will write the second part and release the two as a complete story in the future.

As I mentioned before, I used the anthology as an opportunity to move away from my comfort zone with my writing. Mostly, I’m a romance author, and while this story does have a little romance included, it’s not the main theme.

The majority of my books are between 10-30k, so keeping it short wasn’t a problem, but it will be extended into a Part Two.

My next release will be a ‘bromance’ set in 90s London. It’s an NA almost coming of age story – with a hint of romance of course. It’s currently going through self edits and beta reads, but I can’t wait for people to read it as I had so much fun writing it. Took me back to my teenage years!

Probably the creating side of it. I love thinking up new ideas – it’s so hard to find something completely original, so putting my own spin on a trope or plot is fun. Not always easy, but it’s my favourite part.

Hopefully being able to pay bills with my earnings. I don’t necessarily want to be the next E. L. James fame and sales wise (although it’s nice to dream), but a steady and regular income would be amazing. 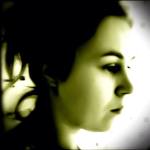 M.B. Feeney is an army brat who finally settled down in Birmingham, UK with her other half, two kids and a dog. She often procrastinates by listening to music of all genres and trying to get ‘just one more paragraph’ written on whichever WIP is open; she is also a serious doodler and chocoholic. Writing has been her one true love ever since she could spell, and publishing is the final culmination of her hard work and ambition.

Her publishing career began with two novellas, and she currently has multiple projects under way, in the hopes that her portfolio of what have been described as “everyday love stories for everyday people” will continue to grow. Always having something on the go can often lead to block which eventually gets dissolved by good music and an even better book.

Her main reason for writing is to not only give her readers enjoyment, but also to create a story and characters that stay with readers long after the book is finished, and possibly make someone stop and think “what if . . . ” 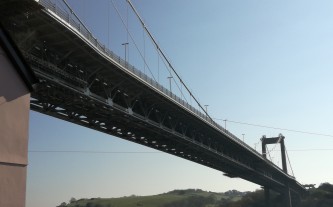 Before you go, I just want to direct you to my guest post on The Bandwagon as part of Vikki Patis’s Cornish Reading Challenge.

I’m sharing my love for the Tamar Bridge! 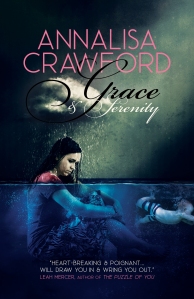